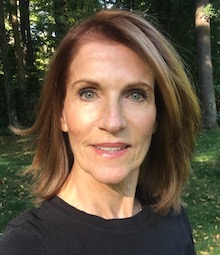 Maureen Dougherty is a 1971 graduate of Orange Coast College in Costa Mesa, California. She then attended the University of Southern California and thereafter, Baylor College of Medicine in Houston, Texas, where she received her Certified Ophthalmic Assistant (COA) certification and license. Maureen moved to Connecticut in 1975 and worked in Hartford as a COA and earned her Contact Lens Technician certification. While raising a family, she was involved in many charitable organizations including the Hartford Hospital Auxiliary Board in the 1980s and 1990s. In 1992, she and her husband became licensed foster parents with the Department of Children and Families in Connecticut (DCF). Over the ensuing years, 100+ foster children were cared for by Maureen, her husband and family. She served on the board of the Connecticut Alliance for Foster and Adoptive Parents (CAFAP). She became a Guardian ad Litem for the Greater Hartford and New Britain Juvenile Court System. Maureen has strong familial ties to all branches of the military. These include her maternal grandfather, her mother, her father who was a career Air Force officer, her brother who served in Vietnam, and her eldest son who served two tours of duty in Iraq as an officer in the Marine Corps. During this timeframe, she felt the need to help these young men and women and created the nonprofit Marine Support Fund. This organization had as its goal the provision of material support to the men and women serving overseas whenever and wherever there was a need.

Following from these life experiences, the ravages of war and its effect on the returning men and women of our military became increasingly evident to Maureen. She developed a deeper knowledge and understanding of post-traumatic stress disorder (PTSD), traumatic brain injury (TBI) and the all too frequent tragedy of suicide. She was invited to become involved in helping with the development of a documentary which highlights these critical problems. This culminated in her becoming an assistant producer of the TALLWOOD Presents documentary “When War Comes Home” which is a 90 minute documentary by Emmy Award winning film maker Michael King. The world premiere of this film took place on the Intrepid Sea, Air & Space Museum in New York City in October, 2016. This film is being distributed and shown nationwide at military bases including West Point, film festivals, and other relevant venues across the country.