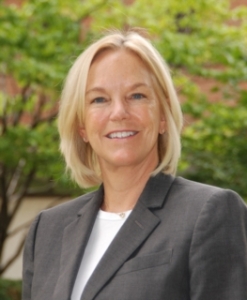 Debra Coleman Hyde is an experienced, strategic, and entrepreneurial fundraising executive, whose interest in When War Comes Home is both professional and personal.

Debra has held senior management positions at three non-profit organizations, including a Division I university, a premier childrenãs hospital and an independent co-educational school where she was responsible for initiating the first military educational scholarship for children of veterans who served post 9/11. In 2010, she was also instrumental in establishing a camp for children with cancer in South America through the Global Partners Initiative and the Paul Newmanãs Hole in the Wall program.

Debraãs brother, Charles, is credited with writing the very first dramatic representation of Post-Traumatic Stress Disorder (PTSD) in the American cult-classic novel, Sergeant Back Again (published by Harper & Row, 1980). The story is internationally acknowledged as ãthe Vietnam War novel that made PTSD real.ã At the time of itãs writing, the condition was still an unnamed disorder, now recognized as PTSD. The story was based on Charlesã own experiences.

Debra is currently a trustee of the Warrior Canine Connection outside of Washington DC that enlists service members and veterans with combat stress to train service dogs for their fellow wounded warriors.

She received her B.A. in Spanish from the American University in Washington, DC.