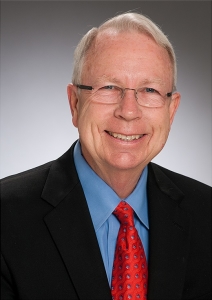 As a two-time, past Chairman of Visit Florida, Ed has long been a champion of the tourism industry in Florida, and he is dedicated to enhancing the state’s position as the number-one tourism destination in the world. Ed served on the Board of Directors for Visit Florida and was Chairman of Air Team Orlando, a private and public committee focused on bringing new air lift to the region. In addition, Ed was a member of the U.S. Travel Association, the Cruise Lines International Association Marketing Committee, and the Rosen College of Hospitality Management Board of Advisors at the University of Central Florida.

Prior to joining Disney, Ed was Vice President of Sales for the Minneapolis-based Carlson Travel Company. He also held roles with travel suppliers, including the Southern Railway System and Southern Airways, which merged with North Central Airlines and Hughes Airwest to form Republic Airlines. Additionally, Ed served in the United States Navy during the Vietnam War.

Philanthropic causes are important to Ed, and he serves as Vice President and Board Member of the B.R. Chamberlain Foundation for the Public Good.

Ed has a bachelor’s degree from Georgia Southwestern University and is a Certified Travel Counselor. He is a graduate of Leadership Orlando and participated in the Joint Civilian Orientation Conference JCOC 84.