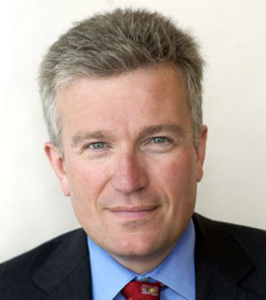 Duncan Niederauer is Chief Executive Officer and a Director of NYSE Euronext. During his tenure as CEO, Duncan proudly oversaw the companyâ€™s transformation into an innovative, globally-integrated organization with a high-tech, high-touch focus. Prior to his current position, Duncan was President and Co-Chief Operating Officer of NYSE Euronext, responsible for U.S. cash equities.

Before joining NYSE Euronext in April 2007, Duncan was the Managing Director and Co-Head of the Equities Division Execution Services franchise at Goldman, Sachs & Co. His career at Goldman Sachs spanned 22 years.

Duncan earned an M.B.A. from Emory University and a B.A. from Colgate University. He and his wife Alison are Co-Chairs of the Newmark Schoolâ€™s Destination of Promise campaign, which is building a state-of-the-art school for children with autism and related disabilities in Scotch Plains, NJ. Duncan and Alison have three children, reside in New Jersey, and enjoy beekeeping as a hobby.